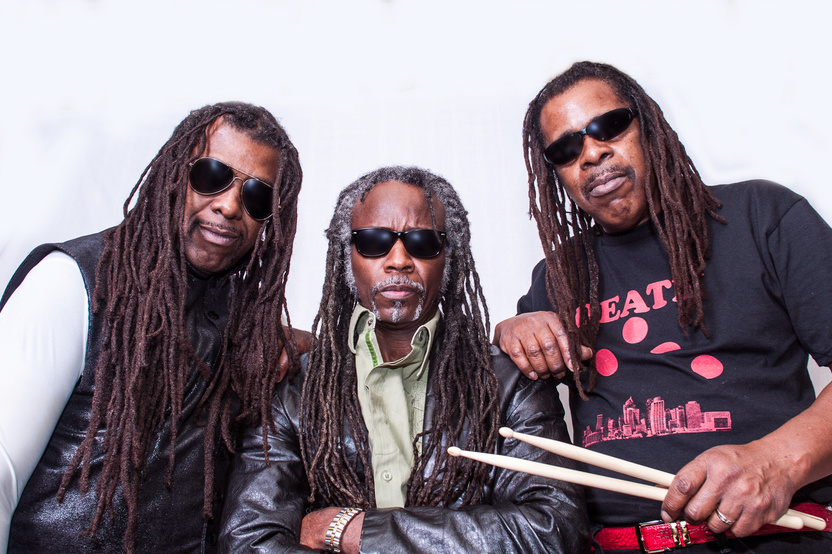 After the documentary, A Band Called Death, which tells the story of three brothers from Detroit, who one day decided to emulate their idols. Which should not be at all cortapisa to enjoy their topics and audiovisual document that oozes rock in each “frame” of 98 minutes.

The story of Death begins in Detroit, when the brothers, Bobby, Dannis and David Hackney, captained latter decide to form a band of Funk to imitate the musicians he admired. Black, large family, children of a Baptist pastor, had all the tickets to Soul and Funk, but the poison of Rock crossed the path of David, to all undisputed leader lights the band, deciding to end looking in a mirror made of glass: Alice Cooper, The Who, MC5, or Stooges. Rehearsing and testing eardrums, relatives and neighbors, they manage to edit a model with various themes, and draw the attention of the legendary Clive Davis, the then president of CBS, and founder of the no less mythical, Monterey Pop Festival. Despite being a loud and angry band of Rock & Roll, in a city dominated by Motown, Clive offered a contract to replace the name change, for something else, say, indigestible. Remember that we are in 1974, Punk has not officially arrived, and still no particularly sensational bands with names like Sex Pistols, Buzzcocks, or Dead Kennedys. The two younger brothers say yes, but David, insists that Death is the name and is not willing to change it. That ended the closest Death were to success, and that his music had broadcast it deserved in those years. After recording seven themes, in 1975, and after a short but stormy life as a band, Death separate.

Death history is the story of David, the story of a “looser” who wanted to live in their own way and, after all, got it. Account Bobby, David, shortly before his death, gave him the masters that the band had recorded and that this had kept as gold cloth throughout his life, and said: “Keep this and take good care someday They come to look for them. ” He was right, in 2009, the record label, Drag City, released the album, For The World to See, masters collection that David had left him Bobby. From there, and largely thanks to Jack White, who wrote an article about the band, warning that they were a band “proto punk” and about ahead of their time, Death become some circles in an object of worship. He had also helped the work of the band Rough Francis, training consists of: Bobby, Julian and Urian Hackney, (sons and nephews of the members of Death) and designed initially to spread the music of Death. As a final trigger for the return, we have, Mickey Leigh, brother of Joey Ramone, who listen to the album and watch the recording year, goes mad, and contact, Bobby Hackney JR, singer Rough Francis, the son of Bobby Hackney, that this will convince his father to play at the festival they do every year, commemorating the birth of Joey. That was the highlight of the meeting of Death, the circle closes and history of Punk feeds. With the entry of, Bobbie Duncan, replacing David, Death begin to rotate and record new songs while rolling to his own astonishment, parts of what will be his documentary with two madmen called: Mark Covino and Jeff Howlett, the final result is, A Band Called Death, a film you’re taking time to watch if you have not already done so. Following the tradition of musical documentary, A Band … current intersperses images of survivors and relatives, with little material about the time of the primeval Death. No original “footage”, as the band was never famous and there were no recording media now. Which does not prevent the late David is the real protagonist of the film, hovering around the same at all times, in the mouth of their friends and relatives. “We talk about David all the time, so we never died. We tell stories of what he did, what he liked. ”

Their recent studio album, N.E.W (Triangle Records) 2015, attests to the good compositional form that Hackney brothers are released. Now, Death, visit us at what will be