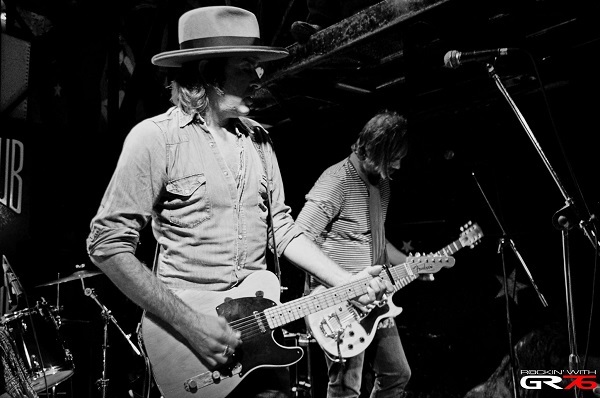 Jonny Kaplan. Equal parts shaman and renegade. Born in Philadelphia. Based in Los Angeles. Marina Del Rey , on his sailboat, Wanderer-to be exact. This is how it works with Jonny and his stellar band The Lazy Stars…old school baby, Bob Dylan, Neil Young And Crazy Horse, The Band, Tom Petty And The Heartbreakers. You get where he’s coming from, right?

He’s been doing this his whole life. He’s been luckier than a bunch-maybe not nearly as lucky as a few others. He’s gotten to work with a lot of artists he dearly loves and respects. Keith Richards, Nora Jones, Dee Dee Ramone, Dwight Yoakum, Kings Of Leon, Wilco & Ben Harper…just to name a few. He feels blessed.

He’s been all over the world the past few years supporting his first three records: “California Heart”, “Ride Free” and “Seasons”.

Now he’s just finished recording his newest rockin’ affair “Sparkle & Shine”…at Johnny Depp’s studio. This record makes him proud. Very, very proud. It’s coming out in the next few months. Summer 2012 finds him on the road opening for his amigos, The Wallflowers. Soon Jonny and his Lazy Stars will be out there playing even more shows for all of you. Where? Anywhere and everywhere that will have him.

Trust us. You’ll get where he’s coming from…