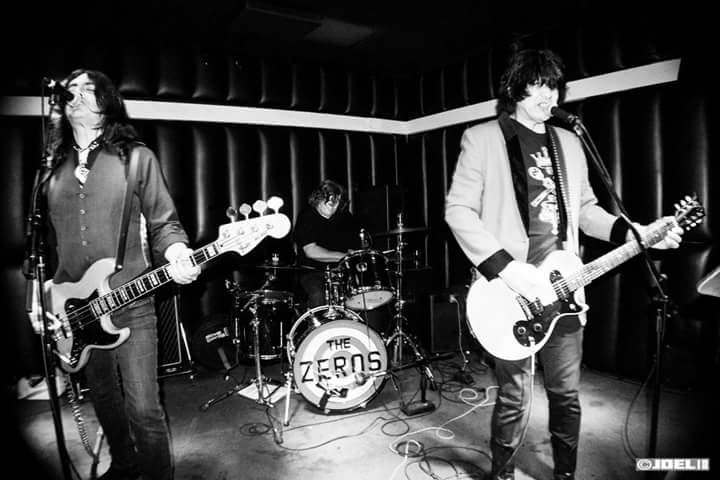 The Zeros are an American punk rock band, formed in 1976 in Chula Vista, California. The band were originally composed of Javier Escovedo on vocals/guitar and Robert Lopez on guitar, who were both attending Chula Vista High School; Hector Penalosa, (bass), and Baba Chenelle, (drums), who attended Sweetwater high school, the band was considered a pioneer of punk rock on the U.S. west coast.

In 1977, The Zeros played their first major gig in Los Angeles at the Orpheum Theater. Opening the show was the first performance by the Germs, followed by The Zeros and then The Weirdos. The gig was promoted by The Nerves. The Zeros’ first single release, “Wimp” b/w “Don’t Push Me Around” was released in 1977 on Bomp! Records. Followed by the single “Beat Your Heart Out /Wild Weekend” in 1978.

In 1978, Penalosa left the band and Joined F-Word in Los Angeles, and was replaced by Guy Lopez, Robert Lopez’s younger brother. Soon after, Robert left to try acting in Hollywood and his brother Guy also left. Penalosa rejoined the band and they continued as a trio and relocated to San Francisco. In March 1979,  In 1980, the band recorded a new single, including the songs “They Say That (Everything’s Alright),” “Girl on the Block” and “Getting Nowhere Fast.” On test tube records. After more touring that led to Austin, Texas and New York, the band disbanded. 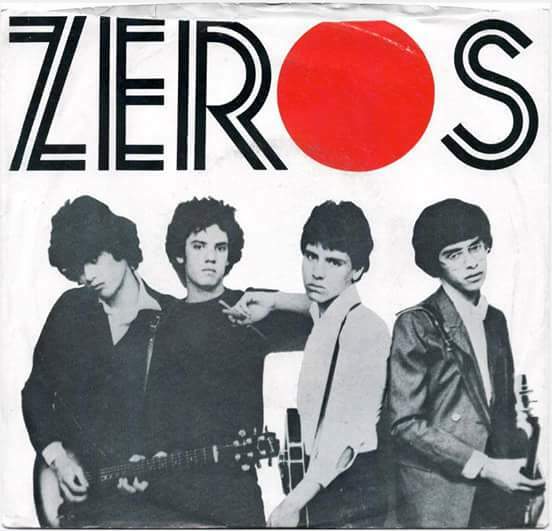 In 1995 the band resurfaced with a new album, Knockin’ Me Dead. More recently, the Zeros reunited to tour in Spain in early 2007. All four members reunited again for a short West Coast tour that began in San Diego in June 2009.In October 2010, the Zeros embarked on a short U.S. tour of the East Coast.

At this time the Zeros are a trio consisting of Javier Escovedo, Baba Chenelle, and Victor Penalosa. 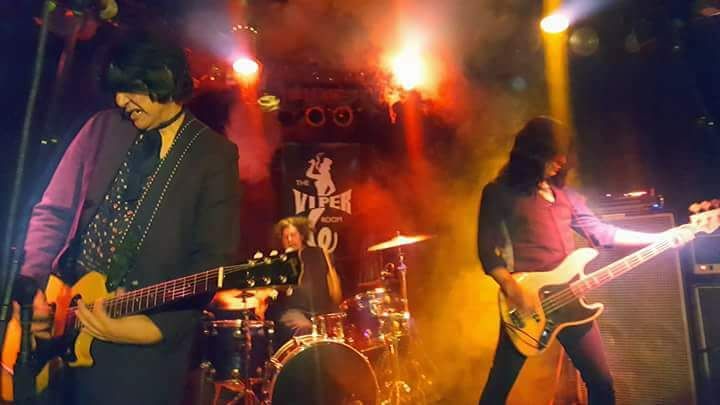 Cover versions of songs by The Zeros have been released by The Hoodoo Gurus (“Wimp”), The Muffs (“Beat Your Heart Out”), and the Swedish band Sator (“Black and White”).

” The Zeros “Wild Weekend” was named one of 50 top punk songs of all time  by MOJO Magazine.