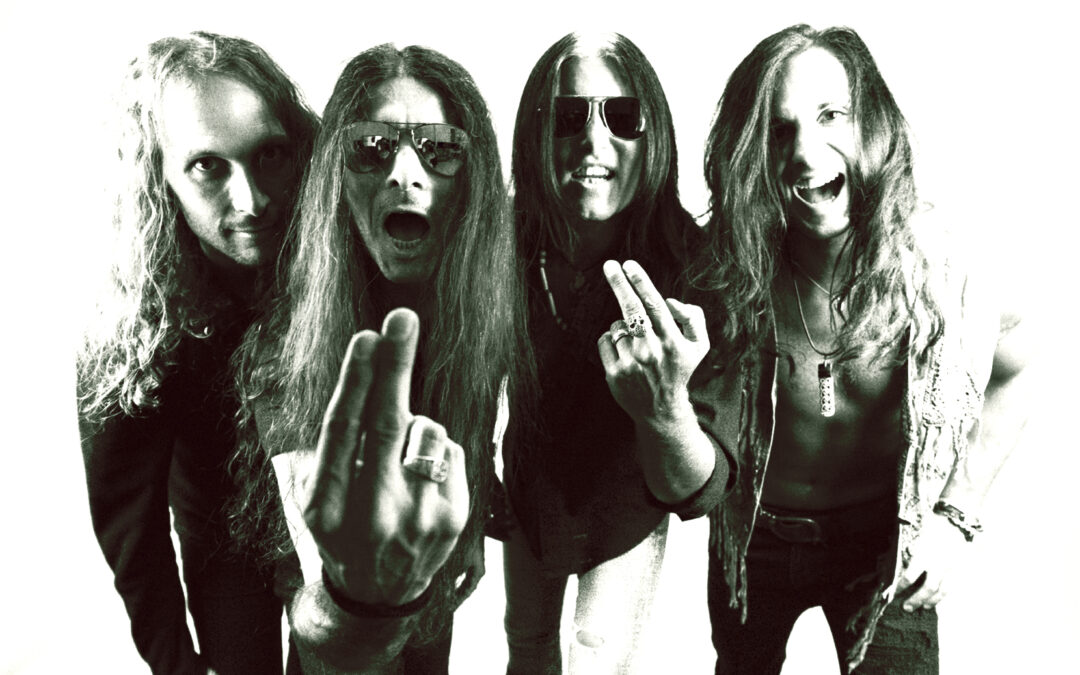 Debut album entitled “Play at high level” was released in March 2004. It received rave reviews from widely-known magazines such as: Rumore, Mucchio selvaggio, Rocksound, All Music, Rockstar, Music lava, Stonerrock, etc. It was also acclaimed as the “first choice” on Rockit, generating big interest in the foursome from both audience and music critics.

“Walking the boogie”, the bands second album was released in 2006. Nick Royale and Robert, singers and guitarists of The Hellacopters, recorded the solos for the song “Forever night”.

The bands third album entitled “Cheap Tequila” was released in March 2009 with Go Down Records. It was produced in Sweden by Chips K (Sator) and Henryk Lipp, the same sound producers/engineers who created the sound for – and worked in the studio with – The Hellacopters, The Nomads, Sator, Millencolin. Among the various guests found on the record we find singer Walt Lafty of Silvertide, an American band that needs no big introductions; Lafty is a big fan of Small Jackets and the band was very pleased to record part of the record together with him.

The live tour that launched their third album was the “Cheap Tequila Tour” that commenced on April 3rd, 2009. During the first two dates, Small Jackets shared the stage with Thunder Express, whose lineup included Strings – from The Hellacopters

The band is currently working on their highly anticipated fourth studio album, which will kick off their live rock concerts across the country! This next album is said to give their fans the biggest “ear fucking” of their life!! Stay tuned RocknRollas!!!!

During 2013 the band split from the original singer Lu Silver. Mark Oak replace him on vocals. With the new line up the album “IV” born. The album was released by Swedish label Transubstans and it’s  a concentrate of guitar Rock adrenaline.

On December 17, 2021 “Just Like This!”, the band’s long-awaited fifth full-length, will hit digital and physical stores! In the band’s own words, “be prepared for the biggest ear-f**k of your life”!