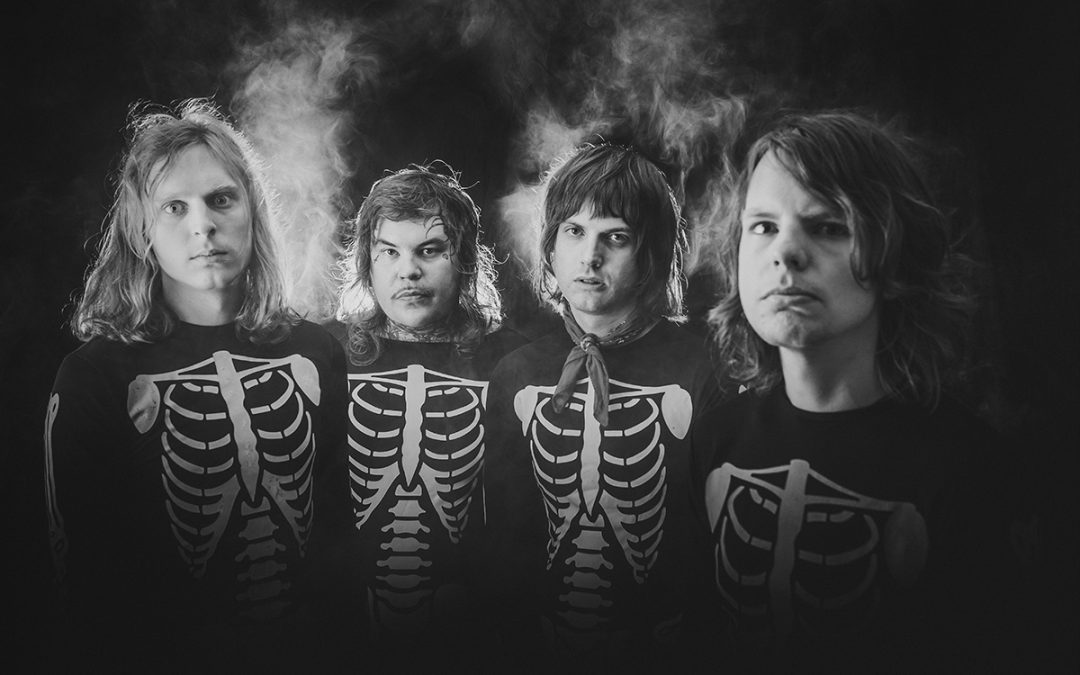 As dusk settles in and night time approaches The Dahmers rise from their coffins once more. Like bloodthirsty creatures of rock n roll they will burst out into the moonlight leaving solitude behind on a rampage for terror. 13 nerve breaking songs dedicated to the darkest of hours that will cut you down ruthlessly. A mutation of garage punk, energic rock and 60s pop makes ‘In The Dead Of Night’ a Frankensteins monster of music.

The Dahmers released their debut album ‘Demon’ on Farsot Records in 2014. The album quickly sold out and got an international release through Lövely records in 2015. The band released their ‘Terror On Wheels’ EP in 2015 and ‘Blood On My Hands’ EP in 2016. ‘Blood On My Hands’ got elected on of the top 50 songs 2016 by Swedish National Radio as one of few rock n roll songs on the list. The band´s new album ‘In The Dead Of Night’ was recorded in Studio Underjord by Joona Hassinen. Mixed by Linus ‘Linkan’ Björnlund and mastered by Magnus Lindberg. Artwork by Branca Studios.

In 2018, The Dahmers released their third album, Down Un The Basement, and a new Ep, Creepiest Creep. With this album the band present 18 energetics rock and roll songs. And they going to be in Spain (23-30 MAR) to rock you!