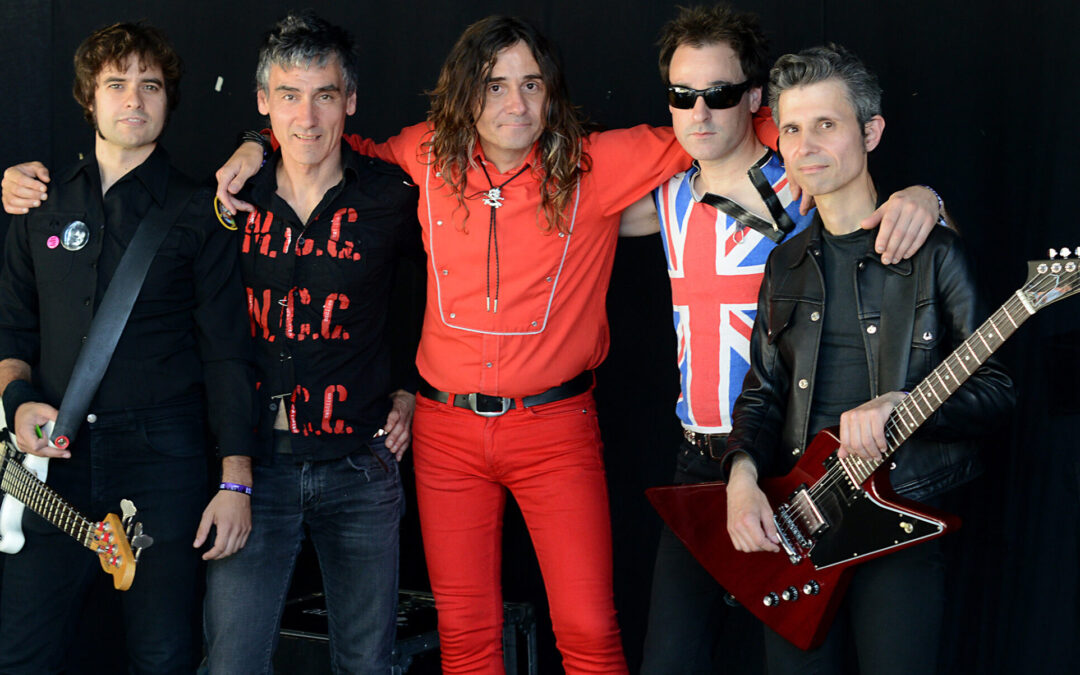 NUEVO CATECISMO CATOLICO was born in 1992 in Donostia after the separation of La Perrera, a group in which the brothers Arturo Ibáñez (guitar, voice) and Gonzalo Ibáñez (voice) played. Together with Arturo Zumalabe (drums, ex Hondakin), Julen Atorrasagasti (ex Barrakos bass) and Jorge Reboredo (ex Barrakos guitar) they record their first two albums, in a vein not very different from the previous Ibáñez brothers band, that is to say a crossover of classic punk and hard rock. For their next two albums they changed their record company and also their training: Jorge and Julen left the band in 1995, with Iker Illarramendi (guitar ex Barrakos) joining and Gonzalo playing bass as well as singing. With this line-up they travel all over Spain and also perform in France, becoming the most punk sound if possible, although without abandoning the hard rock band at all.
With a 10 “they say goodbye to this group, and begin a new stage in 2001 with the entry of Eneko Etxeandia (former Teen Dogs) as a soloist singer, Gonzalo and Arturo leaving this work.1 With this training they lavish themselves live more than ever, and they record what for many is their best album Scarred For Life. [citation needed] In 2003 they published a shared LP with Safety Pins, 2 that continues with the sound of their previous album and that the two bands have jointly presented in Spain.1 3 In 2006 they released the album 1530 seconds of … New Catholic Catechism, published by the No Tomorrow label, 4 from which the single Noise! ​​Noise! ​​Is taken as a promotional video.
After 5 years of live performances and some collaboration, Eneko left the group in 2011. The search for a new singer was unsuccessful, so Gonzalo took up the position of frontman again, as in the early days, and Beñat Irureta (ex -Valium Generation and Sarris Rock’n’Roll Trio) on bass, who had been collaborating with the group for some time. In 2012, Only for Punks reissued their first two LP’s in double vinyl format.
They have shared the stage with numerous bands (Supersuckers, Señor No, Sex Museum, Chris Spedding, Safety Pins, Hellacopters, Lazy Cowgirls, DOA, L7, The Damned, Obligaciones, Gluecifer, The Saints, Los Enemigos …) and have participated in various compilations and tributes (Burning, Kiss, The Dictators, Espasmódicos, RIP, Misfits …).