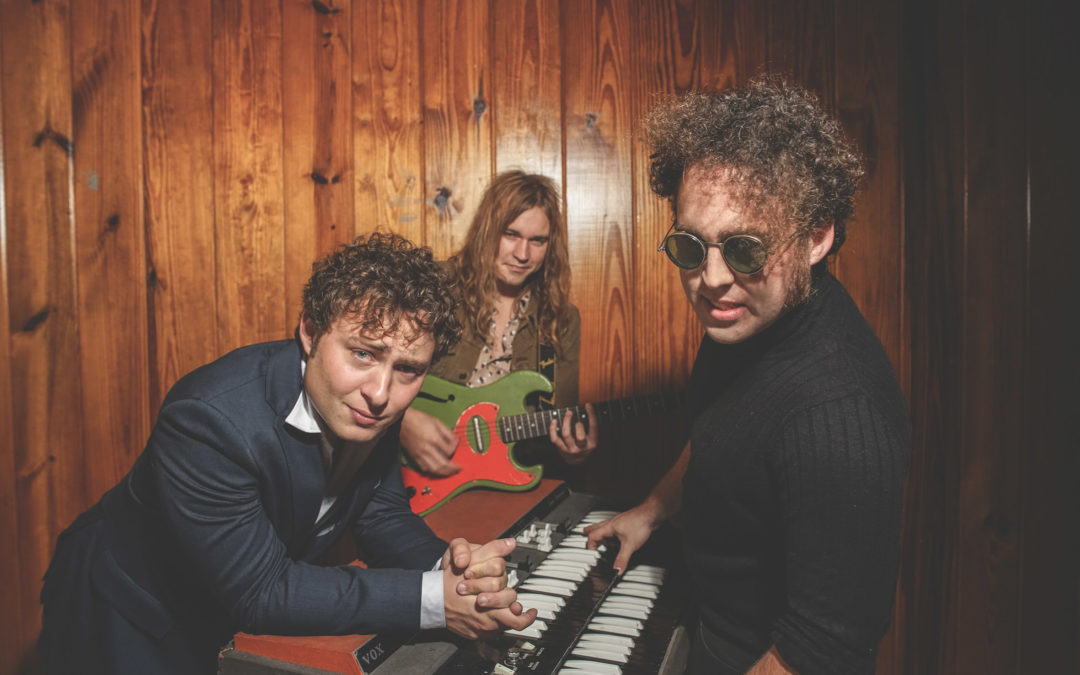 The Woolly Bushmen Formed in early 2011 and based out of Winter Park, Florida, They have managed to combine 1960’s rock and roll with 1950’s rockabilly and a dash of soul, forming their own unique genre of all original crowd-rocking songs.  These young musicians have captured the respect and admiration of seasoned musicians, some icons in their own right, that are twice their age while grabbing every audience by the scruff of their necks and whipping them into a dance frenzy.  Teenagers, middle-agers, old-agers, male, female, black, white, green, purple, The Woolly Bushmen tend to appeal to everyone without compromising their style and musical integrity…mass appeal without losing cult appeal…they do their thing and it works!  Audience comments run from, “…where did this band come from!?”, “…how did we not know about them before!?”,  “…These guys have IT!”, and very often, “the best band I’ve seen!”.

A typical Woolly Bushmen show will see lead singer, Simon Palombi, switch from vintage VOX organ to guitar, whilst, Jacob Miller, switches from bass to guitar allowing the band to play two different sets in one, much to the surprise and delight of the audience!  The songs of The Woolly Bushmen are based around catchy organ and guitar riffs with infectious choruses that sound straight out of the charts of the late 1950’s and 1960’s.  These all original songs give you, the listener/audience, the sense that you’ve heard them before…only, you haven’t unless you’ve seen The Woolly Bushmen or listened to Tampa, Orlando, St. Louis, and Philadelphia college/independent radio.  The sole purpose of The Woolly Bushmen’s music is to get people dancing…and it works every time!

One reviewer said, “…It’s like Buddy Holly fronting The Troggs, or, Jerry Lee Lewis singing ‘Incense and Peppermints’”…that is the unusual and unique mix of 1950’s and 1960’s at it’s best.

Over the past five years, The Woolly Bushmen have played many notable shows with iconic acts like, Southern Culture on the Skids, The Coathangers, The Black Lips, King Khan, Ty Segall, The Beat, The Fleshtones, Gringo Star, and many more, as well as frequently being invited to play festivals.  They currently do routine tours of the United States.

The group recently in 2017 released their latest LP “ARDUINO” on PIG BABY Records, produced by Rick Miller of Southern Culture On The Skids. “ARDUINO” has been reviewed by countless Rock ‘N’ Roll/ Punk publications as well as having steady domestic and International radio play.

They are currently in the process of recording their next LP which is to be release in September 2018 on PIG BABY records and in between toruing around US and EU/UK, dont miss they´re live shows!